A series of conversations with writers and artists to discuss poetics, in writing, the visual arts, music and other forms of creative expression. We will discuss inspiration, creativity, challenges, as well as other themes connecting people who dedicate their lives to the arts.

– Rafael Bueno (Argentina, 1950) is a visual artist and he lives and works in NY. He has an architect degree form the University of Buenos Aires and he was part of the artists known in Argentina as the “80’s generation”, he was a member of Trio Loxon and creator of projects such as Café Nexor and La Zona artist studio. Bueno has been living in New York since 1985 where he exhibits his work as well as in Argentina, Uruguay and Europe. He is represented by Vasari Art Gallery in Argentina and Del Paseo Art Gallery in Uruguay. www.rafabueno.com

– Sergio Chejfec (Argentina, 1956) is a renowned Spanish-language writer from Argentina who lives in the U.S. and teaches at New York University. He has published more than fifteen books, including novels, essays and short stories. Among other distinctions he has received a fellowship from the John Simon Guggenheim Foundation (2000) and from the Civitella Ranieri Foundation (2011). In 2011, his novel My Two Worlds was published in English translation by Open Letter Books. In 2014, he received the 2 nd National Literature Award (Argentina) for his book of essays, Modo Linterna. 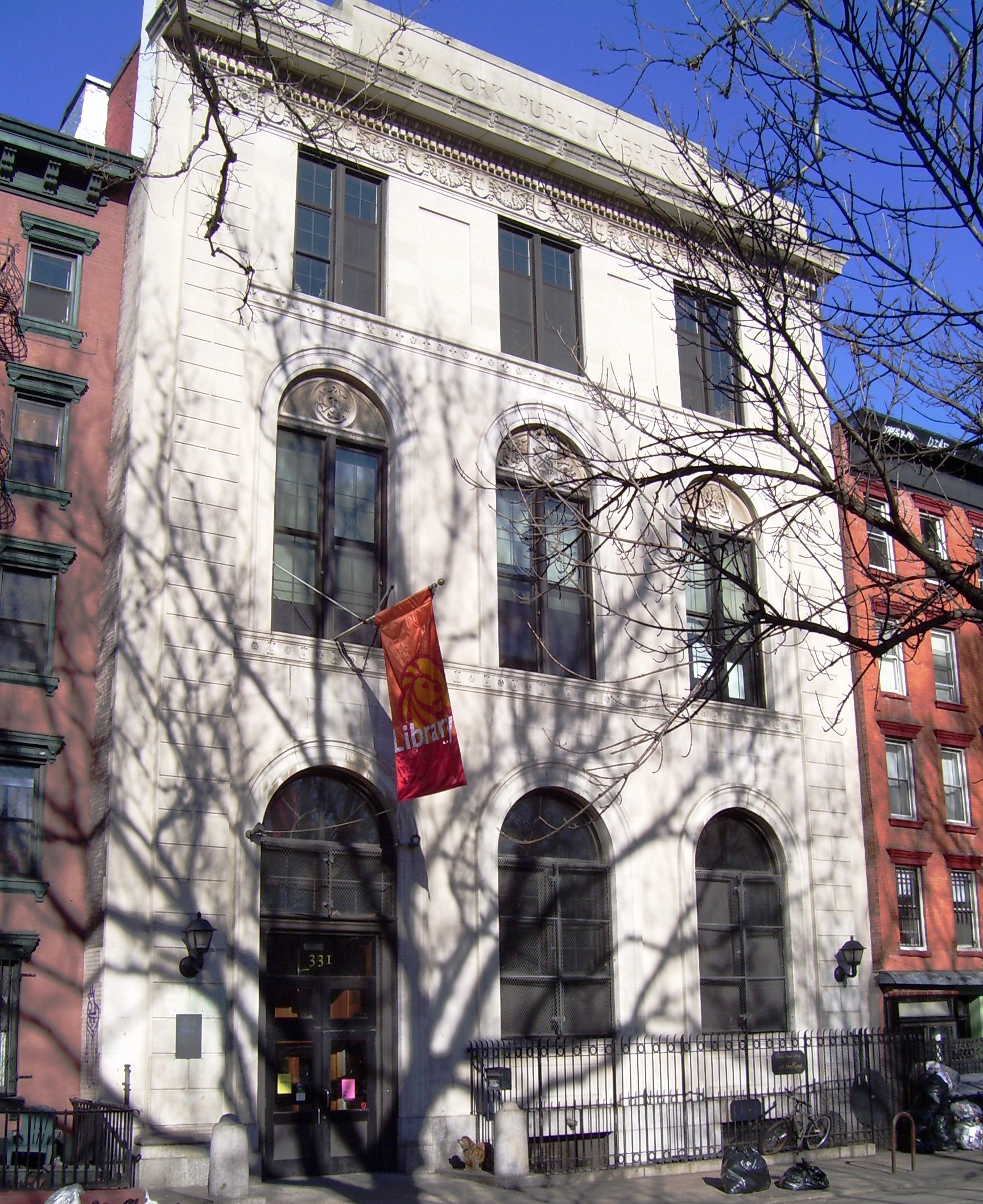 The Tompkins Square Branch of The New York Public Library has been serving residents of Manhattan’s Lower East Side since 1904.

Opening in 1887 as the Fifth Street Branch of the Aguilar Free Library, the branch relocated three times before moving to its present site facing Tompkins Square Park.

Designed by esteemed architects McKim, Mead and White, and constructed with funds donated by philanthropist Andrew Carnegie, the three-story branch has sixteen-foot ceilings and a spacious children’s room on the second floor.

Traditionally, Tompkins Square has served varied ethnic populations, including German, Italian, Jewish, Polish, and Ukrainian, and, since the 1960s, a thriving arts community (an art gallery in the basement features shows by local artists). A major renovation of the branch, as part of the Library’s Adopt-a-Branch program, was completed in 1996.